I break my silence, as the Vikings failed to make the playoffs in a disappointing 2018-19 season. Instead of looking back, which I will do eventually, we are going to look forward. Between the draft and free agency, a lot will change for the Vikings heading into next season. With plenty of options at his disposal, some risky and some conservative, GM Rick Spielman has decisions to make. Will he push in all his chips to salvage himself in a lame duck year? Or will he stick to his guns and stay the course, trusting the roster he has built-up since 2012. There are multiple ways Spielman can attack the roster, and this an exercise to play GM and figure out how the Vikings can re-make their roster for the 2019 season.

In 2018, the Vikings spent 87% of the cap on their top-30 players. For this exercise, I will do the same, cutting players and re-signing others so that the Vikings top-30 players match ~87% of their cap spend, allowing them to round out the bottom half of the roster the same way they did this year.

Option A- Stay the Course

In this scenario, Rick Spielman does the two moves that make the most sense, cutting both Andrew Sendejo and Mike Remmers to save $10 million. This puts the Vikings at 86% of their cap, leaving no room to sign high-priced free agents. The draft stays true to the Vikings blueprint, as Spielman keeps rounding out the roster rather than splurging his remaining resources on the offensive side of the ball.

I used fanspeak.com to mock who would be available in the first three rounds for the Vikings. I see their needs as OL, DT, LB, WR, DE and potentially TE. Here were the top players at each position and who I selected for the exercise 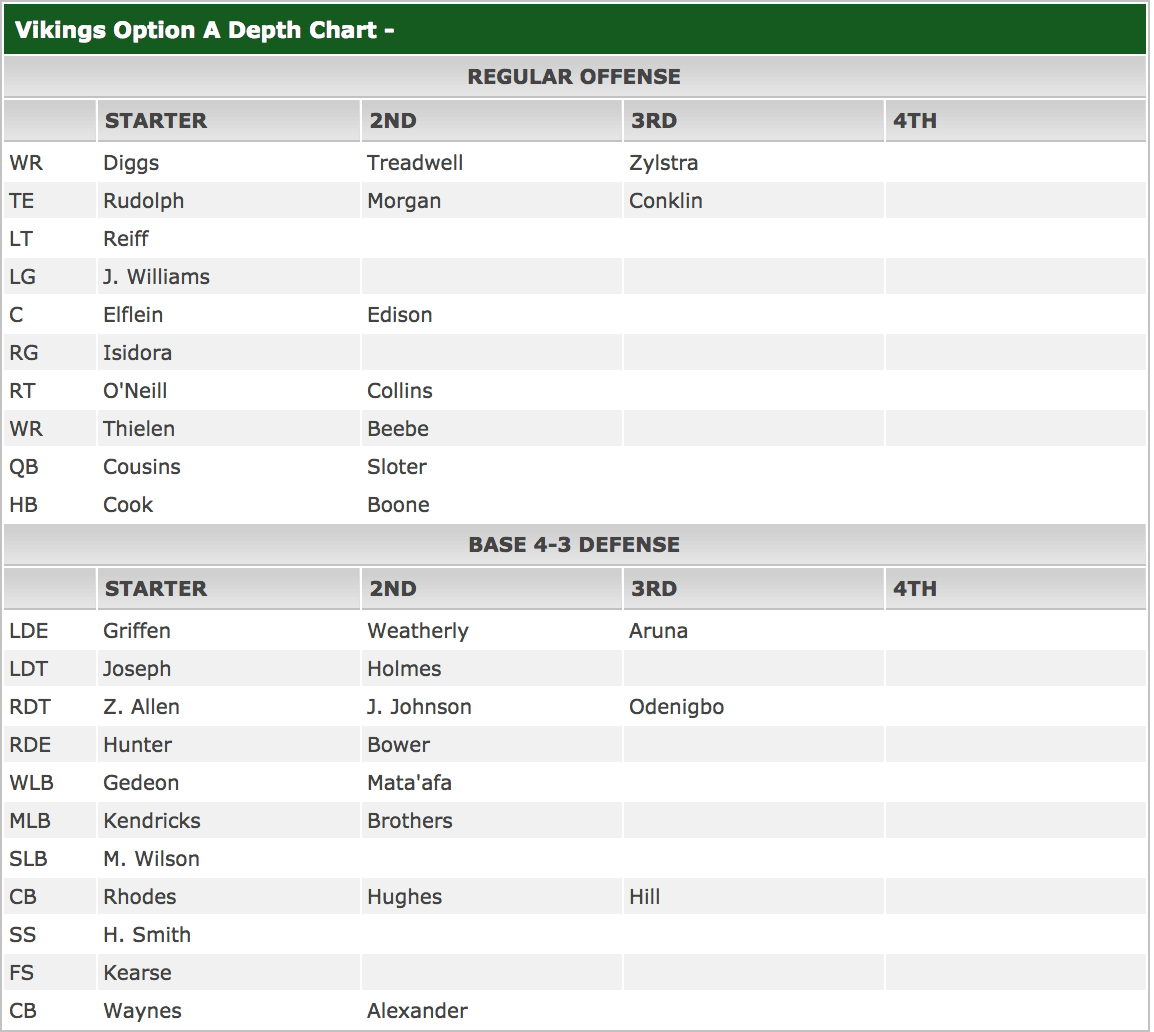 This is the same as above, but frees up more space by re-structuring potential candidates to make room for one free-agent. For the sake of consistency, we will save $3 million in each re-structure. Additionally, Adam Thielen is going to raise his cap number from $8.3 million to $10.3 million because he deserves it. After creating some space, Spielman decides to take the money and all of his draft picks to help Kirk and the offense. Zimmer receives no additional help on the defensive side of the ball and does what he’s paid to do: coach defense. 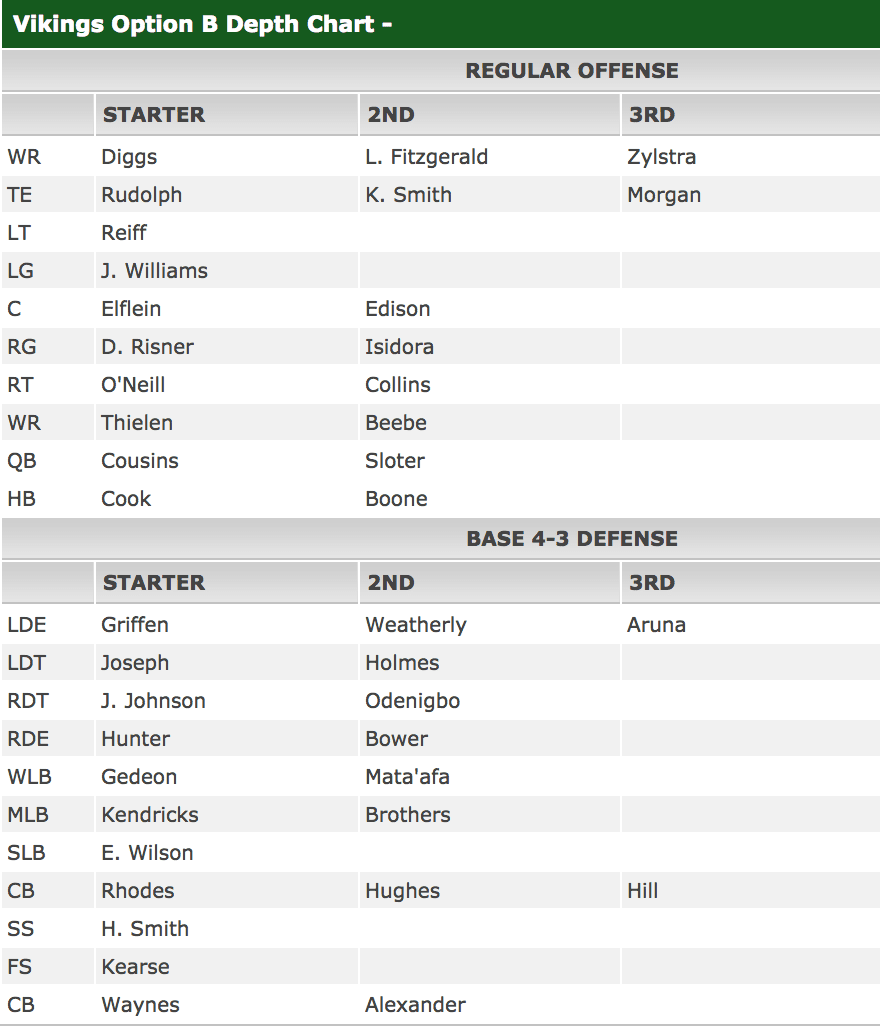 Option C- Free Up All the Cap Space Possible

Spielman blows it up and pushes all of his chips in. He gets rid of two captains, as he decides that Griffen can be replaced by Weatherly, and also that Kyle Rudolph isn’t worth re-structuring. He also sees Mike Hughes return and Holton Hill’s impact as a reason to Tra(d)e Waynes. Someone decides to deal a 7th rounder for Treadwell, because everything’s coming up Spielman. 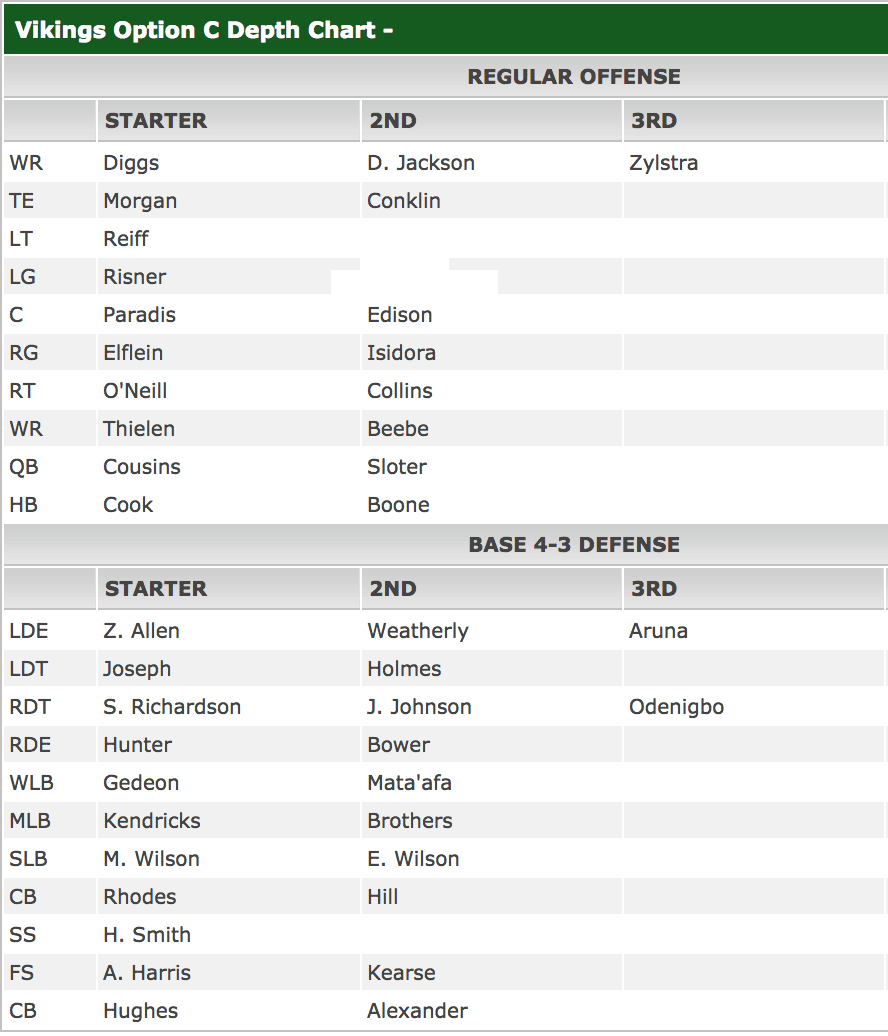