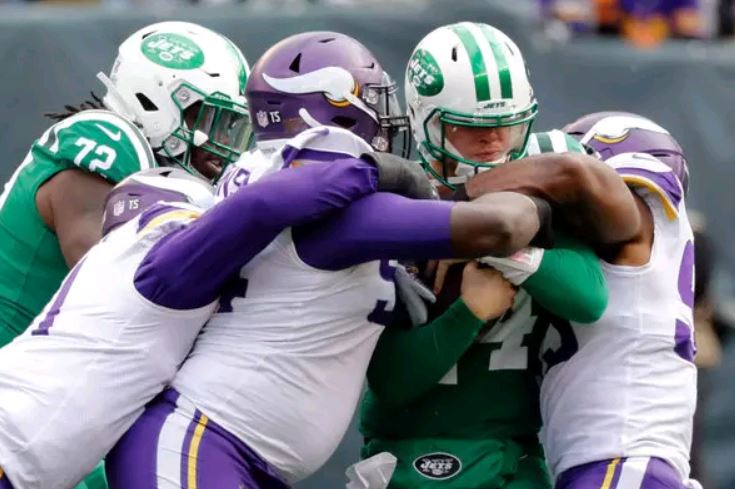 As Mike Zimmer said in his press conference, field position was important on Sunday. With the offense struggling, any advantage in field position helped the Vikings to put the Jets away. It helped that the defense registered four turnovers on the day, but there were also these five plays to help en route to a victory:

Synopsis: With the score tied, the Jets were punting from their own end zone. Punter Lachlan Edwards dropped the snap and hurried a punt that went for 28 yards, allowing the Vikings to start their drive in field goal range at the NYJ 35.

Because of This Play:  The all-important punt! Again, field position was extremely important in this game. Though the Vikings didn’t always take advantage of it, they did here to take the lead and remain up for the rest of the game. The offense was struggling after their opening drive, and this was a gifted three points to give them a little bit of comfort. This punt also gets magnified by the fact that Vikings punter Matt Wile booted one 63 yards from the back of his end zone to flip field position on the Jets.

Synopsis:  After the Vikings took the lead on a field goal, the Jets took a deep shot. Sam Darnold threw one of his better passes of the day and hit Robby Anderson for what would have been at least 40 yards. Anderson had the ball in his hands, but so did Smith, who was able to knock it loose for an incompletion. 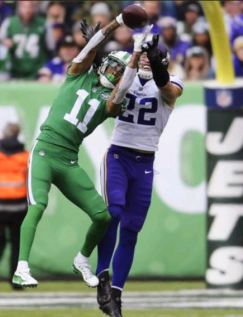 Because of This Play:  Both offenses had trouble moving the ball in the first half. Any signs of life from an offense was key. If Anderson came down with this ball, the Jets would have been in field goal range with a great opportunity to tie the game. Instead, they failed to move the chains and punted, allowing the Vikings to control the rest of the half with the lead.

Synopsis:  On their first drive of the second half, the Vikings looked to distance themselves from the Jets. Mike Remmers had a holding penalty to set them back at 1st and 20. Two chunk plays (one other to Thielen) gave the Vikings an attainable 3rd and 8, and Cousins hit #19 for a first down to continue the drive.

Because of This Play: The Vikings had a small groove until the Remmers holding call, which seemed likely to stall the drive. Instead, Thielen singlehandedly kept the drive 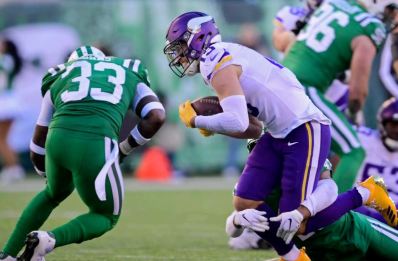 alive. This led to the Vikings going up by two scores when Latavius Murray capped the drive off with a touchdown. It forced the Jets to feel pressure for the rest of the game, and on the ensuing drive, Sam Darnold forced one into double coverage that was intercepted by Harrison Smith.

Synopsis: On a designed screen to Stefon Diggs, Cousins saw his man covered and threw the ball into the ground for an incompletion. Carelessly, he threw ball backwards for a live fumble. One Jets player was there first but failed to corral it before Diggs smothered it for a loss of eight.

Because of This Play:  Had the Jets hopped on the ball, they likely would have been able to bring the game to within one-score. Instead, the Vikings were able to punt the ball 66 yards and take control of field position, yet again.

Synopsis: The Vikings had the ball up 10 with a chance to put the game away. However, after another holding penalty, they faced a long first-down. Roc Thomas erased it all with one carry, taking a draw to the left side for 23 yards into Jets territory.

Because of This Play:  This play essentially put the game away. It was the second time the Vikings were able to erase a holding penalty, both of which proved vital to the game. On the next play, Latavius Murray ran it 38 yards for a touchdown to take the lead by a comfortable 17 points and seal the win on the road.